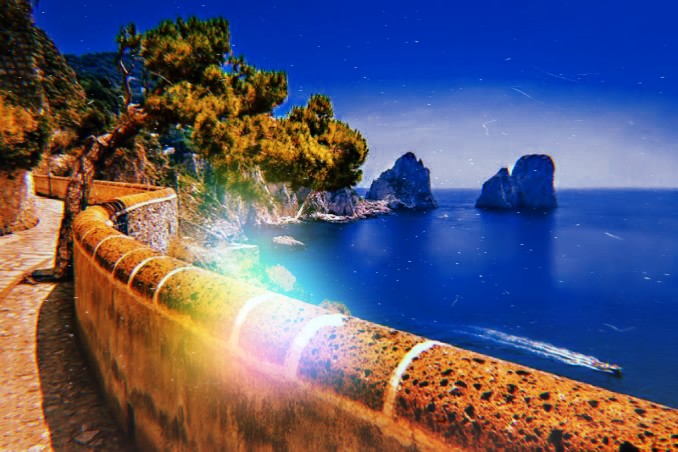 It was 9:52 on a Sunday morning, fair but a bit cloudy outside. I was feeling quite tired despite of having been able to sleep for eight hours. I reached for my Kindle and decided to go for some light novel instead of a heavy read, and let myself be carried into the world of extravagance by Kevin Kwan in his new book Sex and Vanity.

The first part of the story revolves around another crazy expensive wedding, but this time set in the beautiful island of Capri and an adventure of a nineteen year-old Lucie Tang Churchill, our protagonist with Eurasian beauty that she seemed to be completely unaware of and born of old American money, and her love interest George Zao from Hong Kong, also born from a ridiculously rich family who kept his mysterious character together in the first act. It centered on Lucie and finding herself being drawn to yet also appalled by the young lad in the cobbled streets, ancient mansions, upscale hotels and historical beauty of the island only to be separated by a heated and passionate albeit unfortunate incident on the wedding day itself.

Reading the first part of the book really made me search for the tourist and some historical spots mentioned. What more can I say? Kevin Kwan has the ability to captivate us in the world of the crazy rich and yearn to see or experience it someday. For me, the first part captured the youth of Lucie perfectly while setting up the foundation for the other characters too, who would be later seen or mentioned in the story. While reading about the wedding week in Capri, I could almost immediately picture this novel in the big screen. That’s how Kwan delivered his storytelling – another chic story waiting to be adapted.

The second part of the book takes five years later from the incident involving drones and on to Lucie’s life back in New York where she says yes to the exorbitant wedding proposal of New York’s most eligible bachelor, Cecil Pike. Most of the chapters take place in the Hamptons but also takes us to an even more elite circle in the Upper East Side than Gossip Girl did. The extravagance of these characters quipped with satirizing them was what made me stick to finishing the whole book in a day despite (for me, at least ) the story not being able to pull off the romance part, at all. I simply find the young “love” of Lucie and George in the wedding week a little too weak to practically make that of an impact on the later part of the story, and Lucie and Cecil’s relationship doesn’t make sense to me (or to anyone probably, I mean really, how did these two even got together??)

I’d hand it to Kwan still for not only delivering a romcom but throughout the story, topics such as racism, the feeling and experiences of being multi-racial, and even the new vs. old money issue (probably being a problem only for the upper 10 percent of the world’s population) are being tackled. However, these were not deeply dealt with but was just a recurring theme and can be easily shied away from. Given these shortcomings, I would still recommend reading this book now. Why? Because I’d rather be transported to the enchanting landscape and dramatic scenery of Capri than be cooped up in front of my T.V. again for a whole new day in this quarantined life.